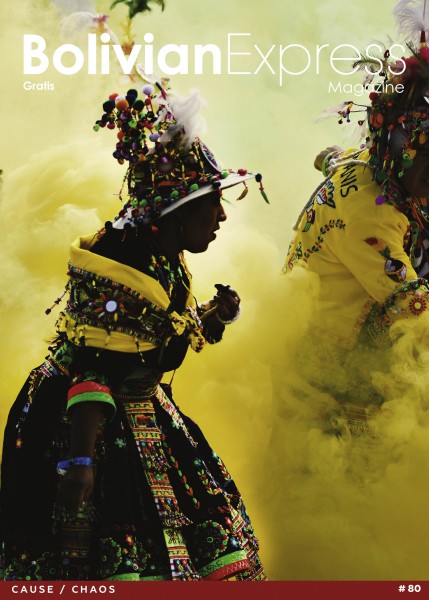 If you’ve ever wondered what chaos looks and sounds like, head out on a Sunday at around 5pm to Avenida Buenos Aires near Calle Eloy Salmon, a few blocks from the general cemetery, and proceed to jump in a bus heading down to the Prado. Sunday is market day, which itself isn’t the quietest environment, but add to that the pushy cars, minibuses and micros attempting to move forward amidst the throngs of people. You’ll will find complete disorder and confusion – or at least the illusion of it. I may or may not have decided to jump in a micro at this precise time and place and dearly regretted it about eight seconds later. The fact that the vehicle was empty and motionless should have tipped me off. Paceños know better.

It’s extraordinary how bus drivers manage to navigate this sea of people, how those same people seem to pay no attention to a five-ton blue machine honking directly into their ears, and how everybody still manages to extricate themselves unscathed. It is a perfectly choreographed waltz in which everyone knows exactly what’s happening around them, where the buses cruise amongst the shoppers and market stalls as if they each had their own predefined routes and risked no danger in brushing against one another. Even more impressive, though, is the moment when the bus suddenly fills up minutes before the traffic starts flowing again. Clearly, I have much to learn because, again, paceños do know better.

This year, 2018, started with protests and strikes erupting from one side of the country to the other, and torrential rains flooding entire towns in the eastern part of the country. The political and social climate is equally overwrought after a recent penal-code debacle and a Constitutional Court decision to allow President Evo Morales to run for president indefinitely despite the popular vote of 21 February 2016 prohibiting exactly that, prompting a new wave of protests in anticipation of the second anniversary of the referendum.

To shed some light on these issues, for the 80th issue of Bolivian Express we want to delve into the chaos that surrounds us, a chaos that is controlled, nurtured and sustained by us – paceños, expats and travellers alike – whether we realise it or not. We’d like to try to grasp the hidden significance that lies behind this tangly mess – like the caseritas stands around Bolivia’s cities, where items are piled in unlikely ways and fitted in the most improbable nooks with a variety of merchandise that will answer to each and every need: a 50-centavo bag of water, a much-needed roll of toilet paper, cat stickers and much more. Even the caserita’s outfit has been meticulously thought out: Each pocket has a specific function, bills go here and coins go there. Because even within the most chaotic mess, order and precision rule.

Bolivia is (in)famous for its culture of protest, the regular strikes and roadblocks crippling the lives of commuters and roadblocks causing hours of delay, but even these follow an inescapable logic. Like matches being lit up, when they feel they have been wronged or an injustice has been committed, Bolivians’ voices are instantly heard loud and clear in the streets. Governments have fallen as a consequence of this popular unrest, laws have been enacted or annulled as a consequence of the people’s indignation. And behind this controlled chaos one can find a very precise, polished mechanism of syndicates, neighbourhood associations and unions that, at their best, safeguard democracy and push the country forward to a more inclusive future. 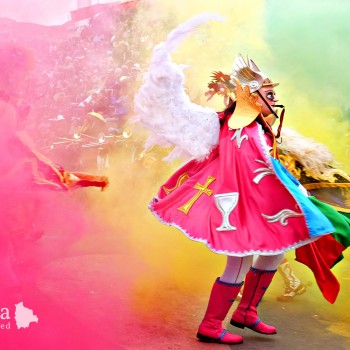 A Door to the Paceño Underworld

Photo: Alma FilmsMarcos Loayza and the new voice of Bolivian cinemaThe Bolivian film critic Pedro Susz wrote some years ago that filming in Bolivia is as difficult as building a Concorde airplane in a... 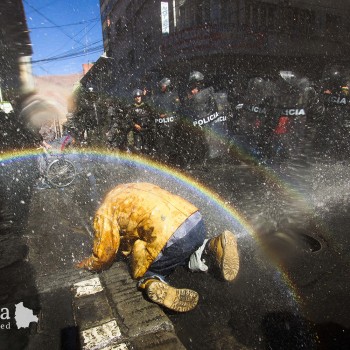 Photos: Carlos Sánchez NavasSocial Change Is Noisy and Inconvenient – But the People Will Be HeardBack in 1981, a New York Times headline declared that ‘For Bolivia, Chaos Rules.’ This referred to the... 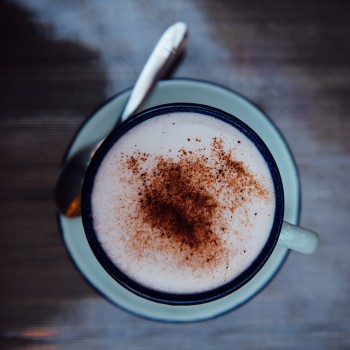 Photos: Iván Rodriguez PetkovicBrewing coffee and culture in Sopocachi’s cornerSopocachi: an extraordinary enchanted, bustling neighbourhood, with avenues and pathways that weave between the main road... 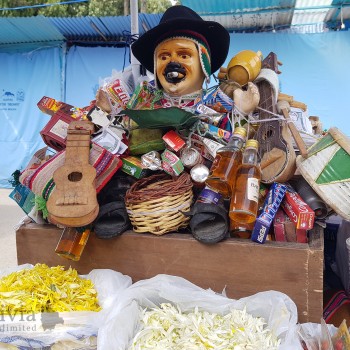 Ekeko Lends a HandPhotos: Georgina BolamEach year on 24 January, the people of La Paz head to the Parque Urbano and its surrounding plazas and fill their bags with miniature cars, houses, computers, r...

The plight of the Urus on the drying Lake PoopóLake Poopó, once the second largest fishing paradise in Bolivia, has become nothing but an expanse of dry and salty land. The water waned, 30 million fis...