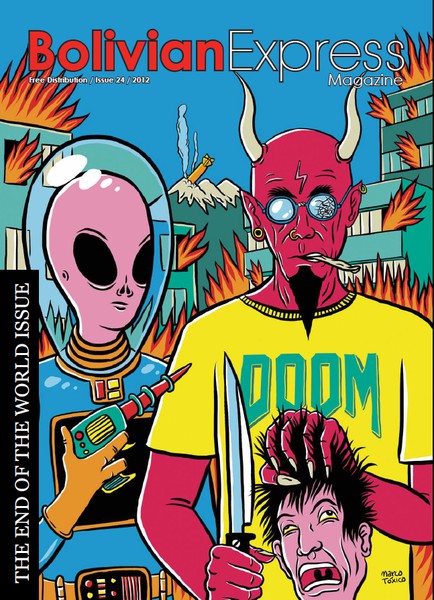 How Bolivia Is Going to Survive the Apocalypse

The world is going to end on December 21, 2012, the Maya warned us. According to their beliefs, on that date we will arrive at the end of the 5,125-year-long cycle in the Long Count calendar, meaning that civilisation is going to change radically due to a series of events and catastrophes such as planetary realignment, magnetic polar shift, meteor strikes, solar storms—all of which will most likely induce a total blackout of the world and general chaos

This may seem far-fetched, yet over the last years few years haven’t we all witnessed the slow blighting of the world? The global financial crisis, thunderous earthquakes in Iran and Haiti, city-crushing tsunamis in Japan and Sri Lanka, drought and food shortages, the Arab Spring, snowstorms and Hurricane Sandy in New York City—this surely must be evidence that the end is near and that civilisation is about to end.The threat is taken so seriously that even NASA has published information that refutes—or attempts to refute—these doomsday scenarios.

But maybe the world is not actually going to end; maybe it is just the end of the world as we know it. According to the ancestral prehispanic belief that the planetary alignment corresponds to a new age, December 21 will mark the beginning of a new era in which humankind can live in harmony with nature and each other, the era of el Vivir Bien.

In this spirit, and following the trend of end-of-the-world parties, the Bolivian government is throwing its own national celebration on the shores of sacred Lake Titicaca to celebrate the coming changes and the beginning of a new epoch in history. Lake Titicaca is a consecrated place where, according to the legends, life first appeared from the union of the father Sun and the mother Moon.

Apparently, the end of the Mayan calendar corresponds to the end of a 5,125-year-long so-called galactic summer in the Northern Hemisphere. This explains the historical North-South inequalities, which favored one side over the other by providing better climate and energy. The winter solstice on December 21 will mark a new beginning for the South, opening up the North to some very difficult times while its antipodean counterpart develops and flourishes.

To celebrate this cosmic dawn, Bolivian President Evo Morales has extended an invitation to the nations of the world to come to Bolivia in order to welcome this new era by ‘closing the non-time cycle and receiving the new cycle; a time of balance and harmony for Mother Earth’—the Tiempo del Pachakuti. Moreover, this year also marks the end of capitalism, egoism and individualistic values: It’s the end of the ‘Coca-Cola era’, announced Bolivian Foreign Minister David Choquehuanca (but not the end of Coca-Cola, as some people have taken this statement to mean), it’s ‘the start of a new cosmic era of community spirit and love and the beginning of the mocochinchi and willcaparu era’.

It’s easy to see how Bolivia could get animated by these Mayan and Aymara predictions. After all, what other country than Bolivia could survive, and thrive after, an apocalypse? The general and utter madness that characterizes La Paz could hardly be affected by a small magnetic polar shift or a solar storm.

And saying that La Paz is a mad city is no understatement—it’s a testimony to its uniqueness and possibilities. Here we are surrounded by impossible buildings, frantic traffic, the street cacophony, dancing tucumanas on posters, incessant firework activity, pajpakus, fake officials, whimsical architecture, cholitas adorned with golden teeth, constant strikes, The Strongest fans, pimped-up cars, juice and milk in plastic bags, clogged toilets, jungles of electric cables hanging down the streets, sparkly light nights, and gringos from all over the planet . . .

So don’t be surprised if, come December 21st, you see an ekeko riding a sleigh pulled by fl ying llamas, trailing across the burning La Paz sky like one of the proverbial horsemen of the apocalypse. Might be something worth writing home about.

Derived from the Quechua word for owl, pajpaku is the term used in Bolivia to denote the innovative salespeople who operate in bustling city squares, inter-city buses and crowded market places. They r... 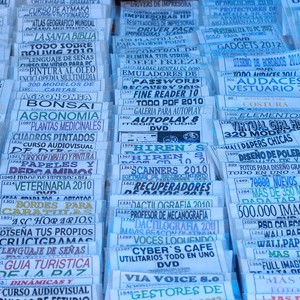 "Harriet Marsden takes us on a tour of some of the places and players in the pirate industry in Bolivia:- From a pavement in downtown La Paz alongside Eusebio, a street vendor ofpirate DVDs.- Through... 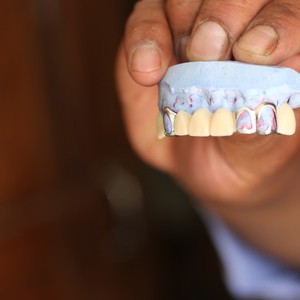 Cholita fashion is certainly eye catching, thanks to their sequined shawls, multi-layered polleras and distinctive bowler hats. However, once you get talking to many cholitas you may notice a special...

The Ch’askitas, named after the quechua word for star, are Sacaba’s latest girl-band export. Amaru Villanueva Rance went to meet these folk starlets to learn their story, and left with three goddaught...

How Bolivia Is Going to Survive the Apocalypse The world is going to end on December 21, 2012, the Maya warned us. According to their beliefs, on that date we will arrive at the end of the 5,125-yea...

If the end of the world arrives on December 21, as the Mayans predicted, two things will survive: cockroaches and the Feria de El Alto. Every Sunday and Thursday, thousands flock to one of South Ameri...

At the End of Days ‘It’s been a historical dilemma for Andean cities’, said Bolivian architect Mijael Bumuller. ‘An increase in demographics causes thousands to move to, and build on, the side of...