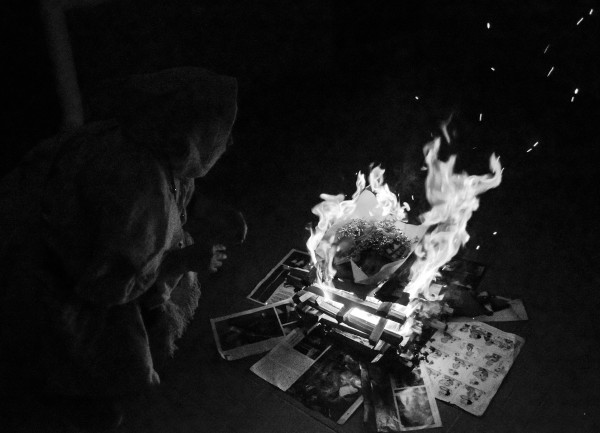 Nuclear Power and the Pachamama

The Bolivian government turned heads around the world in 2010 when it introduced a controversial and ground-breaking regulation called the ‘Law of Mother Earth’. It was a revolutionary step forward in world environmental thinking which gives nature seven rights: the right to life, to diversity of life, to water, to clean air, to equilibrium, to restoration, and to pollution-free living. However, in January of 2014, President Evo Morales announced plans to build a nuclear power plant in the La Paz region of Bolivia, as part of his economic liberalisation plan. A strange turn of events, considering that Bolivia hosted an international conference on climate change in 2010, during which the Law of Mother Earth was drafted.

The environment is a major part of life for many Bolivians, both spiritually and economically. The country possesses abundant natural resources, including natural gas and lithium, and its mountainous altiplano region has great potential for hydroelectric power. But the environment isn’t only about industry, employment, and energy—it is also worshipped by a large proportion of the population. The Pachamama, the goddess of nature, is one of the most sacred gods for the indigenous Aymara and Quechua peoples. For them, she has many powers, including the abilities to provide good harvests, protect families, and grant academic and business success. Given the spiritual importance of the environment, President Morales, who is of Aymara origin, seems to be going against his indigenous roots by investing US $2 billion in a nuclear plant.

In a speech last year, Morales said, “‘We can never feel like a small country again now that we have liberated ourselves economically. With this type of investment toward atomic energy we are going to guarantee that.”’

But critics question the need for such a power plant. Cecilia Requena, an environmental activist, said, ‘tThere is not one good reason to build this plant. It makes no sense financially, environmentally, or politically.’ She also disputed how much it will end up costing: “‘[The price tag] doesn’t include other expenditures such as security, dismantling expenses, and the disposal of nuclear waste.”’

The government aims to complete the plant by 2025, and it is expected to provide between 700 and 800 megawatts of energy each year. But Requena would like to see more environmentally friendly options. “‘Bolivia is a paradise for renewables,”’, she said. “‘We would need $400 million to invest in renewables like wind, solar, and small hydroelectric plants to make the same amount of energy—a small price compared to the $2 billion which is going to be invested in the nuclear plant.”’

But financial concerns pale next to the potential for a nuclear catastrophe, and Requena is emphatic with her unease. “‘Environmentally it would be a disaster,”’, she said. ‘Why are they placing a nuclear plant next to the largest city in the country, a protected rainforest, and Lake Titicaca?”’ And she emphasized another environmental concern, one that grows more acute every year with global warming: ‘“You also need a lot of water to cool the nuclear waste, and here in the altiplano we have a water shortage.”’ In fact, retreating glaciers currently threaten the water supply of both La Paz and El Alto.

Daniel Bellot, a member of “‘NO! A la planta de energía nuclear en Bolivia,”’, an anti-nuclear group, said that the Law of Mother Earth is a smokescreen. “‘Oh yeah, [the Morales administration] sure doesn’t care about nature, nor the natives of the lowlands,”’, he said. ‘The only thing it cares about is staying in power, and it will modify laws to get what it wants.’ Requena agreed, saying, “‘It is an open contradiction. The government is not coherent with their vision—only a few days ago they passed a supreme decree allowing businesses to explore protected areas for fuel.”’

To understand a more spiritual side of the environmental, I took part in an Aymaran ceremony to give offerings to the Pachamama. These offerings can be anything from animal foetuses, such as llamas, to limpias and la k’oa. I opted for a la k’oa ceremony, which involved burning sacred items on a mesa, a traditional table. My yatiri, Alicia, explained that “‘we do not just pray to the Pachamama, we give her an offering of food and then ask her to help us in return. If she agrees, then she will help and protect you.”’

Alicia told me that her parents were involved in ceremonies and producing herbal medicines, but she wasn’t interested until the Pachamama told her in a dream to become a yatiri. When I asked her about the Law of Mother Earth, she said, “‘People were against the law initially, but now the Pachamama is respected. The law has stopped evil deeds against her.”’ As for the nuclear plant? “‘It is wrong,”’, she instantly said. “‘It goes against the Pachamama. The thought scares her and gives us bad feelings.”’

Although President Morales describes the nuclear plant as ‘economic liberalisation’, Requena argued that the administration is, in fact, investing in ‘zombie’ techology’. “‘Why invest in last century’s technology?”’ she asked. ‘We have the potential to make Tesla batteries, which have the ability to make energy from solar panels is available all year round. Now that’s technology!”’ She then referenced Albert Einstein’s description of a nuclear plant as “‘the most dangerous way of boiling water.”’.

Bolivia has taken a unique approach to the environment. It is a central part of life for many Bolivians, both spiritually and economically, making the proposed nuclear plant a sensitive issue for the people. Although the planning is still in the early stages, and the government is facing strong opposition, Evo Morales and his administration seem determined to make Bolivia a South American nuclear powerhouse.