Whose Wall Is It Anyway? 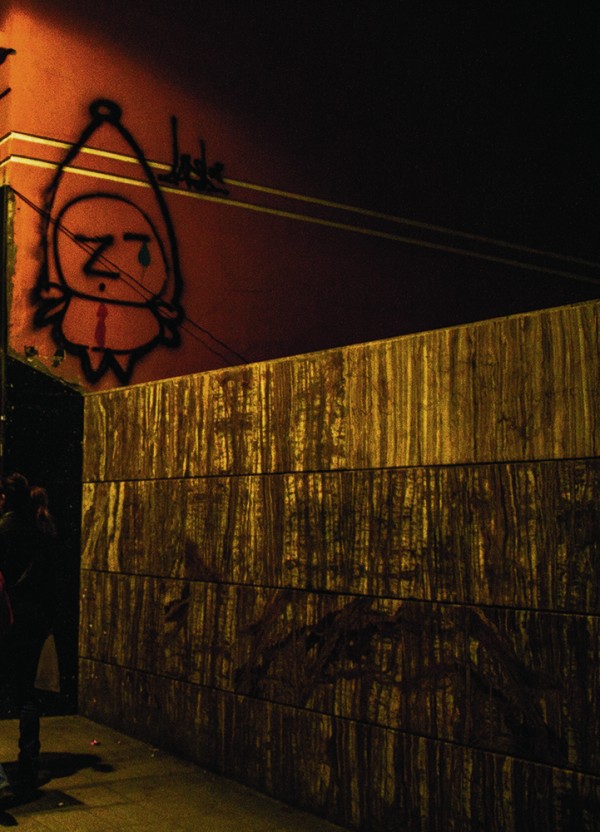 Public Notice: Rubbish Kills. The Pope Is the Antichrist. Evo 2015. What do these three statements have in common? They are all found written on the walls of La Paz – a city whose graffiti stands out not only for its ubiquity, but also its great diversity.

La Paz seems to welcome street art – in 2012, artists from all over Latin America were invited to come and paint 16 murals on the theme of ‘Myths of Mother Earth.’ Yet above, alongside and sometimes on top of brightly coloured commissioned pieces, spreads a tangle of everything from tags to political slogans to personal confessions of love. And the hazy legality of painting on someone else’s property, whether public or private, often hides both the artists and the artistic process from the public eye. So who’s really behind the paint on La Paz’s walls?

El Marsh is the pseudonym of a street artist living in La Paz who paints murals and graffiti across the city and the rest of Bolivia. Unlike in much of Europe and the United States, he explains, in Latin America the government pays little attention to the already vague laws concerning illicit graffiti, due to more pressing social and economic problems.The result is a city in which blank walls are a rarity. ‘There are walls of houses that are so graffitied on that the owners no longer mind; they have lost the perception that this is their wall,’ El Marsh says. Not that the owners of houses have much choice in the matter; a fresh coat of paint will disguise all but the faintest shadows of just-covered graffiti, right up until a new mark is made the next day.

As El Marsh puts it, this invasion of space gives rise to a public forum for dialogue and freedom of expression. Political groups such as Mujeres Creando, an anarchist feminist group supporting the liberation and autonomy of women, write quotes on the wall in curly script such as “nor the earth nor women are territories to conquer”. At the same time, the names of political figures stretch wide across walls in block capitals.The large quantity of affirmations of political support around the city might make it seem that the ordinary people of La Paz are very engaged politically, yet El Marsh explained that groups affiliated with political parties are often paid to promote the names and messages of politicians.

But what about the most common marks on the city’s walls? Tags are ubiquitous not only in La Paz but in urban spaces around the world. El Marsh himself has his own tag – a pointy-nosed boy wearing a chullo –  that has made its way to the streets of La Paz, Cochabamba, Potosí and even onto the bottom of local skateboards. According to El Marsh, the taggers of La Paz are mainly young people struggling to establish their identities, particularly those who have very little. He compares a young person tagging a wall to taking up smoking, stating, ‘It’s something where you can say, “This is mine.”’

Some might think that tagging or any other form of graffiti on someone else’s property is simple vandalism, far different from the polished murals that adorn La Paz’s nurseries and public parks. But in many ways the scrawling words and pictures that cover the walls of the city, like El Marsh’s small Andean boy, are far more important than any slick piece of street art: for many, a small spot on a wall is one of the only spaces they can truly occupy.