The Ruins of Tiwanaku 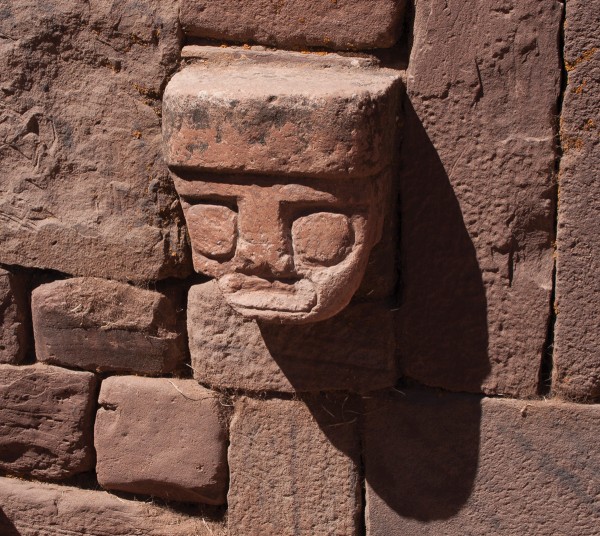 The state of an ancient capital

Tiwanaku is the birthplace of a dominant civilisation. It contains examples of agricultural technology and stonework that modern experts still struggle to understand. However, it currently consists of a huddle of souvenir huts and unexplained ruins.

Arriving at the site, down a dusty road seemingly leading nowhere, there is a distinct sense of going through the motions. A tiny ticket office, two museums and a sign to the ruins greet you. A guide timidly asks if you want a tour.

The walk to the bus terminal completes the impression of Tiwanaku as a sleepy town still yet to be wakened by the shake of tourists. A couple of restaurants, some men sitting outside and run down houses constitute the town centre. As Jedu Sagarnaga, professor of archaeology at Universidad Mayor de San Andrés (UMSA), says, neither the authorities nor the local people care as long as the site brings in some level of tourism.

Only precious ruins remain from the advanced Tiwanaku civilisation, which influenced the surrounding 600,000 km of land from 400-900 AD. The site faces issues associated to the altitude, such as premature weathering and erosion of the stone. This has led to the diaspora of some of the site’s major attractions. Some were moved to museums for their protection while those of the Kalasasaya Temple have almost disappeared in the inclement conditions.

Tiwanaku has also fallen prey to stone robbers. A nearby railway bridge contains stones identified as belonging to the site. The famous Akapana Pyramid lacks its original stonework thanks to its use as a quarry for buildings in cities. Furthermore, efforts to reconstruct the site have also weakened its standing. The walls that stand around the Kalasasaya were built in the 1960s and bear little resemblance to their archaeological recreations.

It is stagnating in its present form. The Bolivian government has denied funds for any additional research into the 90% of the site still underground. The museums are 40 years old with no update in sight. Tiwanaku operates more as a cultural football than a national treasure. It has become a political stage for Morales and turns into a party centre for Aymara New Year in June, despite it having no connection to Aymaran culture. According to Prof. Sagarnaga, what ‘was the capital of a very important state is now used as a dancefloor’.