The Journey of the Dead 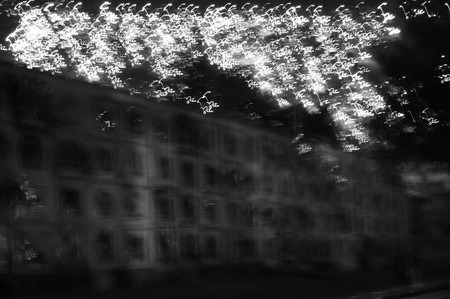 Conceptions of Death in the Bolivian Andes

According to the Aymara conception of the world, life is not a state but a process. Everything that exists – solid or conceptual – has an opposite companion, another side to itself. It is a polarized game between complementary opposites that attract and need each other in order to be.

We, humans, live in a realm called the Kay Pacha (or Akapacha). It’s a realm that corresponds to the here and the now. Following the principles of duality and reciprocity that govern the Aymara world, every realm has another one that completes it. Our world is therefore divided into two planes - horizontal and vertical - and then into four realms: the world of above, the Hanan Pacha, where the gods live, is opposed to the Uku Pacha, the world of below, where the dead and yet unborn reside. On the horizontal plane, the Haqay Pacha - the world of beyond - completes the Akapacha.

The conception of life and death in Bolivia is a good example of how pre-hispanic beliefs and Christianity have merged to create a unique vision that differentiates itself from other latin-american countries that share similar values. In what Henry Stobart has called a ‘calendrical coincidence’, it is remarkable that the Catholic day of Todos Santos brought by the Spanish, coincides with the indigenous festivities marking the end of the dry season and the beginning of the harvest, during which Aymaras also honored the dead. Death is not necessarily perceived as something final or macabre, it’s also a celebration of fertility and life. Death is filled with hope and anticipation for the soul to be able to start over and for the living to meet them again. As Stobart explains in Music and the Poetics of Production in the Bolivian Andes, ‘the passions associated with the early part of the rains not only concern sorrow and invoke the dead, but are also linked to sexual desire: the pent up fluids released are not only lachrymose but lso seminal’.

Upon death, the soul (ajayu ) embarks on a three-year long journey that ends on November 2nd; Day of the Dead. At the Cacharpaya - departure of the dead - the soul is finally dispatched to the Uku Pacha where the cycle can start over again. During this three-year journey to the world of below, the souls of the dead have larger responsibilities than just traveling to heaven; they have a duty to their community, a role of protection over the ones they leave, especially if they haven’t fulfilled it during their lives. The living attend the dead by offering food and drink while the spirits of the dead help provide abundant rains for the harvest.

Of course, death is still a painful event experienced by the community, however, the meticulous preparation and attention given to the wake with multiple rituals to follow is a way to help with the pain felt. Moreover, when someone dies, the soul of the deceased doesn’t leave our reality immediately, it stays there with the family during the wake and until the burial. For this reason, the body is never left unattended and is given food and drink. Somebody is always there to keep the dead company on their new journey.

During the wake, those present drink alcohol and chew coca leaves to protect them against the possibility that the soul of the deceased might turn into an evil spirit, especially if it hasn’t accepted it’s own fate yet. It might very well try to steal the soul of others to keep him company. The wake is also a moment of reflection and forgiving. The soul’s misdeeds and errors in life, as well as its success are remembered and discussed. This dialogue with the soul is a way for people to ask and for the soul to receive forgiveness before its departure.

At the burial, the soul of the dead is given everything it could need for its journey. It is believed that it will embark on a long walk and therefore needs food, drink, coca leaves, utensils, and clothes against the cold. All his favorite foods and items are buried next to him so he can leave prepared. If something were to be missing, the soul would wander looking for that particular item. Once the soul is ready, it goes on a journey, on a spiritual pilgrimage, to achieve its fulfillment in order to be ready for the next life. During this journey, the soul stays in the Akapacha. The soul will meet different spirits along his way, some malevolent that will try to trick him and some not. Eventually, the Ajayu will meet an Achachila, an ancestral spirit who will guide him and help achieve its fullness and responsibilities on earth.

On November 1st at noon and for 24 hours after, the veil between the world of living and the dead is tenuous- the souls of the dead family members are able to return. They are welcomed with special dishes and an altar is set up for them with bread, fruits, alcohol, depending on their particular tastes. Spicy dishes are prepared to entice the ancestors to come back to the world of the living - they particularly appreciate this flavor. Ladders made of bread are placed on the table to help them access our world and return to theirs. The souls can then manifest themselves as insects, birds, wind, dreams or even people. For instance, if a fly - bigger than normal - comes to eat the food, it shouldn’t be swatted away or killed, as it could be a manifestation of the soul of the deceased. Todos Santos can also mark the final stop in the journey of the soul: on the third year after their death they are finally dispatched to the Uku Pacha. The end of this odyssey marks the beginning of a new life on another world.

Alongside Carnival – which is also a remembrance of the dead – Todos Santos is one of the most important festivities in Bolivia. It is as much a celebration of life as a commemoration of the dead. The departure of the souls at the end of the festivities are marked with songs, dances, alcohol and joy in general. On Todos Santos, Bolivians welcome and say goodbye to their loved ones but also embrace the new life that awaits them. It’s also a way to thank them and honor their ancestors for what they provided them with and for the protection that they offer.

As an unavoidable part of every existence, we’ve developed a strange fascination and fixation on death and it is only natural to look for ways to cope and deal with the departure of loved ones and our own. In Bolivia, Todos Santos is a celebration, it’s filled with joy, hope and a little nostalgia - but because everything is interconnected according to Aymara beliefs, the departed don’t only live in our memories but in everything that surrounds us. They even come back on the 1st of November.