The Eat Out La Paz Food Fest Brings Music, Mood and Munchies to the City 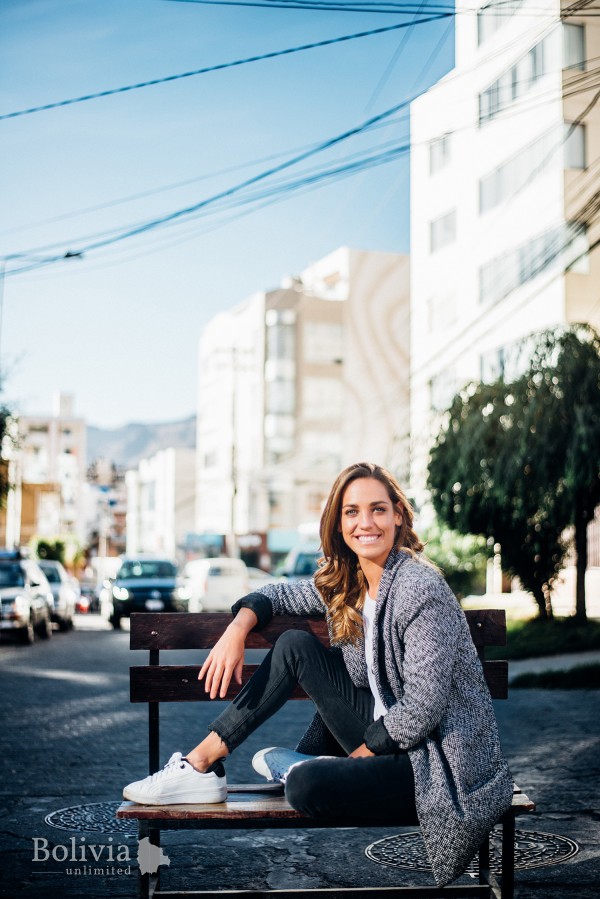 Going Out and Festivals

The Seasonal Festival Is Reinvigorating the Food Scene

On a sunny afternoon in the south of La Paz, visitors gather in Parque Bartolina Sisa in the Aranjuez neighbourhood. They’ve all been lured there by one promise: delicious food. Cuisines of different varieties, all interesting twists on classics from different cultures, are served to the bustling crowds. Tents and food trucks have been set up for the weekend – a visual reminder to the festival-goers to eat what they can now, because this weekend will soon be over and the trucks full of savoury treats driven away.

Festival attendees have co-organisers Micaela Molina and Catalina Roth to thank for the miscellany of food. The Eat Out La Paz Food Fest, now in its second year, has carved out a space for creative cuisine. The first of its kind in La Paz, the festival is slated to put the city on the map with food lovers at home and abroad.

The Eat Out La Paz Food Fest comes and goes with the seasons. Hosted once in the summer and once in the winter, it has grown from 40 to 60 vendors since it was founded. Originally set in a 1,200-square-meter car park, the event has expanded to permit 9,000 visitors this May. While the guests keep on coming, Molina and Roth are working hard to maintain an environment of healthy competition for the vendors. With 80 food purveyors at the previous Eat Out Festival, the duo learned that some weren’t getting their dues, and they reduced the number of participating businesses. Now the burger joints, crepe stands and coffee carts all get their fair share of attention.

‘La Paz is a place that has a lot of things to show. It is very important to export what we have. And there are a lot of tourists who come to La Paz just to eat – foodies.’

The festival isn’t just for the restaurant giants either. Small and large businesses alike mingle at the park, all equally enjoyed by festival-goers. There are no large chains present, as the organisers want nothing to eclipse the local businesses and their development. Similarly, the location itself has been given room to grow; the Eat Out La Paz Food Fest has given the once near-abandoned park new life.

Still in its infancy, the festival has room to grow, and Molina and Roth are ready for it. After working in the marketing industry, the co-organisers wanted to try something new. Experienced working with brands, they wanted to create an experience for the city of La Paz that also benefits food vendors. While showcasing local establishments, the festival aims to engage locals and tourists alike. ‘La Paz is a place that has a lot of things to show,’ says Molina. ‘[It] is very important to export what we have. And there are a lot of tourists who come to La Paz just to eat – foodies.’

It’s clear that the organisers are keen to keep quality high and to mingle culture with food. The festival’s recent iteration, its third appearance on the gastronomic scene, also featured a musical performance from Jimmy James, a drink garden, and a screening of the UEFA Champions League final; while the food was what brought the guests there, the entertainment is what kept them.

While the festival-goers enjoy the event, the restaurants make it happen. The gathering allows businesses to grow and reach otherwise undiscovered clientele. Roth, offering a marketing perspective, says that the exposure is unmatched for up-and-coming eateries. ‘They bring new dishes, new textures, and people approve or not,’ she says. ‘It’s also a way for restaurants to renew themselves.’

Reflecting on past and future festivals, the goal is still the same for Roth: ‘[We] want to make a platform where there are different businesses – not only food, but music and atmosphere, and then do something different.’ While cooking up an enjoyable environment for festival guests, the co-organisers are determined to showcase to the world La Paz’s booming gastronomic scene. With creativity encouraged, the festival has seen fusion dishes that combine traditional Bolivian food with contemporary tastes. In order to settle the debate, Molina and Roth weighed in on which vendor was the festival’s best. Both favoured Chanchos a la Cruz, whose staff came all the way from Tarija to exhibit their slow-roasted pork.

‘We want to make a platform where there are different businesses – not only food, but music and atmosphere, and then do something different.’

The organisers emphasise aesthetically pleasing stands that also adhere to their environmentally responsible standards. No plastic tables can be found at the venue, and no banners clutter the sky. The food has to speak for itself.

As festival-goers finish their drinks in the drink garden and begin to make their way home, they all have wide smiles and full bellies. The colourful garlands and lights have been dimmed, while the aroma of food, previously so fragrant, has faded away; the sun sets on the festival. Still, summertime will bring another gastronomic adventure.