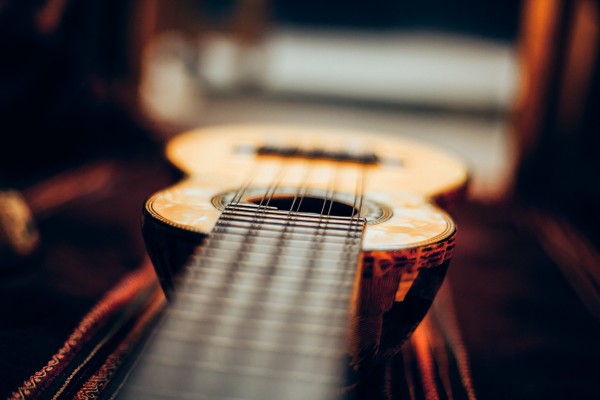 The Arts and Social issues

‘I don’t like the felling of trees,’ Adrián Villanueva says, as he shows me a selection of his creations: charangos made from recycled paper. Traditionally fashioned from armadillo shells, charangos are now more commonly sculpted from a single piece of wood, yet even this has an environmental cost.

Just a few streets from the general cemetery, Adrián leads me up the steps to his house and into the living room. The room is unmistakably that of a music enthusiast. A charango-maker for over forty years, Adrián has acquired a huge selection of vinyl records, books and posters which decorate every inch of the wall, displaying his love of musicians from all over the world. Many posters celebrate the musical achievements of Andean artists, but if you look closely you can even spot a small newspaper clipping of The Beatles.

When people think of charangos they tend to imagine a small, ten-stringed instrument made from an armadillo shell. Yet these instruments are incredibly varied in design. They can have any number of strings, they can be made from an enormous range of different materials and vary hugely in size, with the largest ever charango measuring more than six metres in length. On top of this, each luthier adds his or her own personal design to the instrument, be it engraved, burned or painted. Charangos are, therefore, as much works of art as the music they produce.

A trip to the Museum of Musical Instruments in La Paz shows the great diversity of these instruments, featuring a selection of the charangos that can be found throughout Bolivia. A whole room is dedicated exclusively to innovative musical instrument designs, with charango materials including condor chest bones, pumpkins and ox bladders. A particularly aesthetic charango replaces the traditional armadillo shell with a miner’s hat. Several makers have added a modern twist, such as an electric charango, a light-up charango and even a charango fashioned from an old alcohol container.

Adrián tells me how he used to watch his father make musical instruments and – at the age of eight – was curious to learn. Yet it was this in combination with the ecological habits of his mother, who recycled wool to make ponchos, that sparked his unique idea: charangos made from paper. ‘I feel moved,’ he explains, ‘because many people are destroying Mother Earth.’

He tells me that paper charangos are much harder to make than their wooden counterparts, but adds optimistically that nothing is impossible. Starting with a layer of paper on a wooden mould, Adrián adds alternate layers of paper and glue, until he has completed more than twenty layers. The charango is then left to dry in natural sunlight for at least a week. When the instrument is dry, a layer of varnish is applied to give a shiny finish. The resulting charango is as strong as any wooden or armadillo-shell variety.

Adrián’s paper charangos take around two months to make, and each has a unique design on its back. Jaime Torres, a famous charango player; Doria Medina, a businessman; and Matilde Casazola, a Bolivian poet, are amongst those honoured to have their pictures plastered on one of Adrián’s hand-crafted charangos. As well as paying homage to his favourite celebrities, Adrián uses recycled wrapping paper to create instruments with beautiful patterns from paper that would otherwise go to waste.

To broaden his forty years of experience as a luthier, Adrián is now attempting a paper violin and paper harp. But once he fashions these novel instruments, what’s next? Adrián has two ambitious dreams for the future: to play in front of a crowd of 60 thousand at Wimbledon, and to create a documentary about his paper instruments, encouraging people to look after the environment.

‘I want to win an Oscar for Bolivia,’ he tells me, glowing with pride for his country. 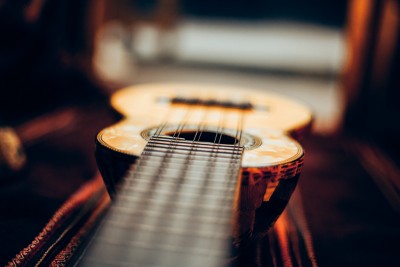