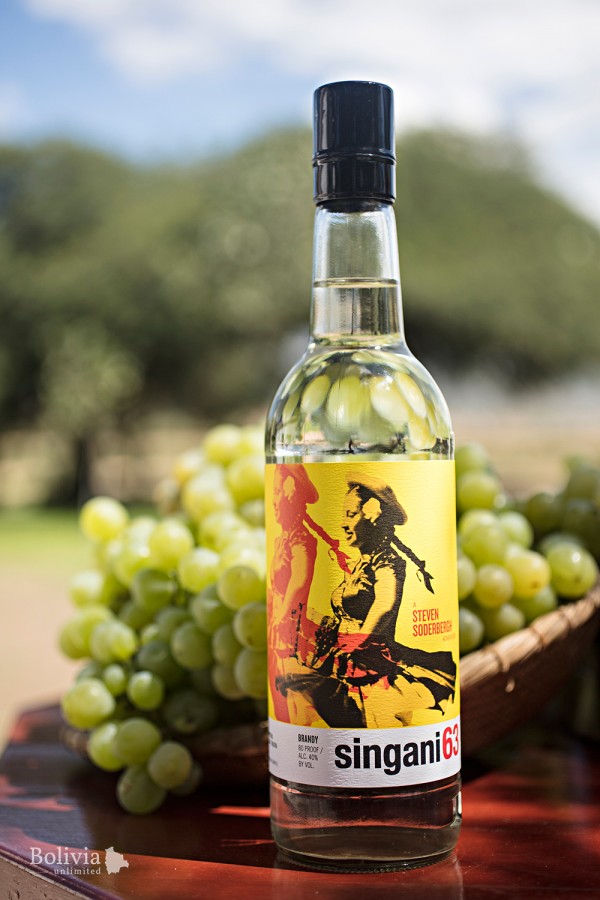 Singani is the national spirit of Bolivia, created by newly arrived Spanish monks who needed a sacramental wine in the 16th century. By law, singani is crafted exclusively from muscat of Alexandria grapes, grown and distilled at a minimum of 1,524 metres above sea level, which lowers the boiling temperature of the grapes. This unique drink is now being courted by the famed Hollywood director Steven Soderbergh.

Soderbergh first discovered singani while filming his 2008 biopic film, Che, and the director instantly fell in love with the grape brandy and decided to import and promote it in the United States. Singani 63, named for the director’s birth year, has been a project of Soderbergh’s since 2014, when the first boxes of the spirit were delivered to his doorstep. While the drink is available in New York City, as well as some select cities within the United States, the real battle that Singani 63 has been facing is the category of spirit that it has been placed into. Although Singani 63 can be described as a fruit brandy, similar to the Brazilian spirit Leblon Cachaça, the company has been lobbying the US government to place Singani 63 into its own unique category of spirit.

According to the Singani 63 brand manager Stephan Pelaez, ‘We are not fighting for singani to be its entirely new category. Singani is a brandy by the largest definition – any fruit distillate is a brandy – but there are distinct category “types” recognized in the US and internationally. Cachaça is now a recognised category type under rum, pisco is a recognized category type under brandy, as is cognac and almost 14 other distinct fruit distillates.’

The legal confrontation has been going on for around four years at this point. Singani 63 has hired the same lobbying group that represented Leblon Cachaça, which took 10 years of negotiations to be considered a unique product from Brazil instead of generic rum. To this day, Singani 63 is still lobbying the US government to grant them this same privilege. According to Pelaez, ‘Steven [Soderbergh] presented this to the deputy Treasury secretary of the United States. This made our case very clear.’ The brand remains optimistic that it will soon be able to break through the ‘brandy quandary,’ and Palaez says that ‘if we get Singani done in under six [years] that’s not bad at all!’

When speaking about the marketability of singani in the US and Europe, Pelaez says, ‘The leading global industry voices have all recognised that singani is distinct from any other spirit, have added singani to their coveted influential programmes and have written about and recognised the category of singani…. These are the same people who embraced mezcal 20-30 years ago and now across the world everyone is ordering mezcal. So, yes, we are confident singani will be embraced and celebrated the world over. It’s already happening.’