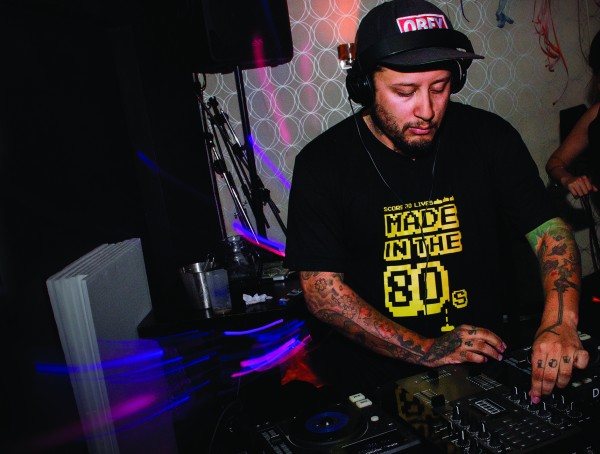 Art and Going Out

The Music Collective and Label Putting Bolivian Beats on the Map

It was 3 am at digital art collective Oí Más Bass’ club night, La Bass, at Roots Reggae Bar in Sagarnaga, but people weren’t getting tired. Heavy drum & bass pounded through the crowd and the DJs’ silhouettes were hidden behind a screen of psychedelic projections. ‘I’m playing juke for the first time tonight,’ explained music producer DJ Quien between sets. Smiling, he added, ‘I think people will like it,’ before disappearing into a group of dancing paceños.

‘All artistic activism in Bolivia stems from the same roots,’ DJ Quien later explains over coffee at MagicK Café in Sopocachi. DJ Quien, whose real name is Bernado Resnikowski Beltran, is the cofounder of the OMB digital art collective and record label. For the past nine years, Oí Más Bass has provided Bolivian and international DJs with a platform to share their work and is the first Bolivian collective to have paid DJs in Europe.
Unsatisfied with the lack of support for digital artists, DJ Quien and four other friends founded OMB in 2006. ‘We took a DIY approach to bass and electronic music,’ he says. ‘We wanted to show that there are great things happening on this side of the world.’ Distributing a variety of genres from tropical bass to techno, OMB inspires followers ‘who want to be part of an intimate music scene and whose tastes don’t depend on fashion trends.’

After expanding to more than 25 artists, the collective founded its record label in 2013. The label releases music not exclusively produced by members of the collective and has signed producers from Venezuela, Chile and even Russia.

DJ Quien remarks, ‘OMB’s artists are aware of Bolivia’s financial reality. I think we’re part of a generation in which we make music because we love it, not for the money.’ Yet talented Bolivian artists often fear committing to their music whilst studying or working a job. DJ Quien admits, ‘It’s difficult when an artist needs to know they’ll have enough to put food on the table.’

‘The goal,’ he adds, ‘is to keep the dream alive and not lose track of our artistic vision amidst pressure for money and fame.’ The label hopes to eventually release its artists’ work in physical format, which leads me to visualise an OMB vinyl on the shelves of London record stores.

‘Bass music from Latin America has a strong identity worldwide due to its revival of native elements of Latin American music,’ comments DJ Quien. It isn’t simply a case of including samples of cumbia or chicha on a track as a novelty addition. Instead he describes its creation as an ‘internal personal search in the artists’ blood.’

At La Bass, the devotion of OMB’s followers was obvious, highlighting the importance of the collective’s presence in La Paz. Aside from putting Bolivia on the map for bass music, OMB brings like-minded people together to talk, listen, share music and dance. It can only be described as a positive cultural force within Bolivia.