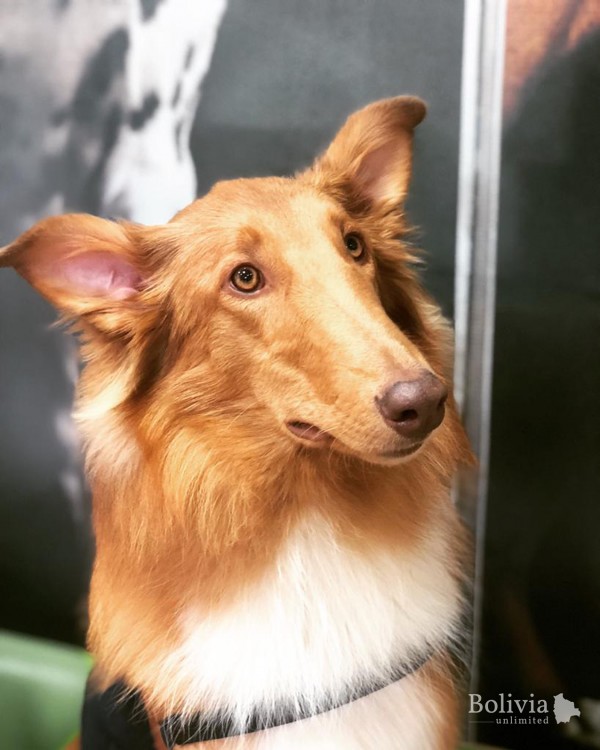 Bolivian street dogs and the double lives they lead

One of the first things that surprised me when I came to La Paz was the vast array of dogs roaming the streets. These furry inhabitants vary in appearance; some are scruffy whilst others wear fashionable fleeces. If you are wondering how a street dog can wear clothes, it might be worth mentioning that some of these dogs live double lives. They are ‘semi-housed’, meaning that have a home and a place to sleep at night, but are left to roam the streets during the day. The Bolivian Ministry of Health estimates that for every four Bolivians, there is one semi-housed dog. This figure excludes pets that live exclusively at home and stray dogs that live exclusively on the street. Naturally, this leads to problems such as the overpopulation of dogs, the spreading of disease and unwanted canine confrontations. Scavenging for food, getting into fights and sleeping on the side of the street all form part of the daily routine of a paceño street dog, whether or not it has a home to return to at night.

There is a culture of keeping dogs as pets in Bolivia, but, according to Amor Para los Animales de Bolivia (APLAB) co-founder Ana Serrano Revollo, many owners lack the knowledge of responsible ownership. ‘People don't know 100 percent how to look after a dog like they should look after it,’ she says. ‘Nor are they aware of vaccinations that keep them healthy. There are many families and many people that don't take their dogs for a walk with a collar or a lead, and they think that vaccinations are only against rabies, but they are not aware of other vaccinations that are necessary.'

The combination of unvaccinated, unsterilised dogs together with the relaxed attitude to leaving dogs on the streets is a recipe for the spread of disease and unwanted litters, considering that of the 2.2 million dogs that live in Bolivia, 40 percent of them can be found on the streets. Some veterinarians organise initiatives to combat this. Serrano says that APLAB 'does contribute to controlling overpopulation, despite it not being our responsibility, through sterilisation campaigns [and] humanitarian education, and we influence with political lobbying so that laws can be enforced.' Veterinarian Andrea Molina Vargas emphasises the importance of educating pet owners. In order to do this, Molina’s clinic, Hocico Spa, organises various talks with owners about the benefits of sterilisation so that pet owners are more aware of the problems associated with unneutered pets. Additionally, most vet practices also offer sterilisation programmes to lower-income families who otherwise could not afford the surgery: ‘We carry out operations at a reduced price so people with low incomes are able to access the treatment,’ Molina says. ‘This is important, as in recent years there has been a notable increase in the abandonment of pets.’

The Bolivian government has also implemented a yearly rabies-vaccination programme. In a country that continues to report cases of rabies (in 2017, eight fatal cases of human rabies were reported in four different departments of Bolivia), it is vital to keep the situation under control. Serrano, though, is sceptical of the campaign’s effectiveness. 'The truth is that I don't know how much of a benefit it has had, how many animals have been accurately vaccinated, and, equally, it's quite worrying that we continue to have cases of rabies and, worse so, human cases of rabies,' she says. However, Serrano says the programme’s intentions are worthy. Green ribbons are used to identify dogs that have been vaccinated, but the method is not full-proof as the ribbons are easily lost, leading some canine patients to being treated twice while others are not treated at all.

Despite the large number of street dogs in Bolivia (according to the Bolivian Ministry of health, 300,000 street dogs were reported in La Paz in 2017), attitudes seem to be changing. In the past, a dog was seen as nothing more than protection, but now around 70 percent of Bolivian pet owners consider their furry companions to be part of the family. Dog fashion is also popular in La Paz, especially in the colder months when owners love to wrap their dogs up in fashionable jumpers.

It is clear that Bolivia is no exception to the idea that dogs are a man's best friend, but what cannot be ignored is the growing street-dog population which is abetted by the relaxed attitude people have about leaving their pets on the streets. Ultimately, the spread of disease is thankfully being controlled by vaccination schemes run by independent vet organisations and the government. The same goes for sterilisation, which is the only humane way to prevent overpopulation. Whether a pet, a street dog or somewhere in between, all dogs deserve to be healthy, clean and nourished.