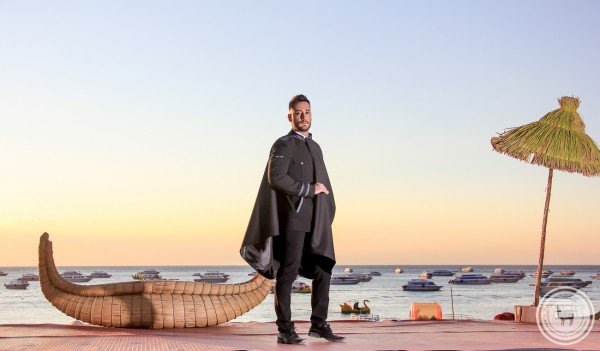 Breaking Images With A Fashion Show

This year, fashion designer Galo Sanchez selected the mystical Lake Titicaca as the location for the fourth installment of the Iconoclasta Fashion Show. And so, in October the world’s highest navigable lake was the stage to show the haute couture of Bolivia. The waters of the lake formed a backdrop for an incredible runway that mixed fashion, beauty, culture, and tourism. Over 40 national and international models carried out an exceptional show, walking the runway at 3,810 meters above sea level. They looked gorgeous wearing outfits made by more than 15 fashion creative geniuses from Bolivia’s fashion world and from a few neighbouring countries.

Iconoclasta is the name chosen for this event because the word is associated with innovation: an iconoclast is a person who breaks rules to develop new genres and styles. And the presence of such people was apparent in the collections presented, as each designer was careful to design their collections so that each piece had its own special characteristics.

However, the word ‘iconoclastic’ has another significant meaning related to the runway built in Copacabana. In Europe in the eighth century, a new Christian religious movement began to spread an ideology in which the veneration of religious images was discouraged. Adherents to the new philosophy were known as ‘iconoclasts’, or ‘image breakers’, from the Greek eikon, meaning ‘image’, and klastes, meaning ‘breaker’. These iconoclasts would tear down religious icons, such as sculptures and paintings. Throughout the centuries, the meaning of the word has come to include those who, through reason and verbal argument, seek to destroy cherished beliefs and institutions – religiously motivated or not.

The fashion show started at 4 pm, and the designers acted as authentic iconoclasts. Despite their lack of religious tendencies, these creative minds gathered to overshadow one of the most important church icons in this territory: La Virgen de Copacabana.

Every day, particularly on weekends, the white-stone Basilica of Our Lady of Copacabana plays host to scores of visitors who travel to the statue of the Virgin Mary and pray to her for favors. But on this day, this sacred location attracted fashion lovers, who prayed for the wisdom to set new trends and join the fashion vanguard. The Catholic piety that is usually on display in Copacabana was overshadowed for a few fashionable hours as beauty became the center of attention. The sacred image carved in wood – known as the ‘Indigenous Virgin’ because of the color of her skin and her big Andean eyes – took a rest for a moment while devotees left the church to and approached the runway on the shores of Lake Titicaca.

In addition to its nod to Catholicism, the Iconoclasta Fashion Show also addresses the surrounding area’s Incan background. According to legend, many years ago the Father Sun sent his son and his daughter to the earth with a mission: to found a grand empire. The two siblings, Manco Kapac and Mama Ocllo, emerged from the waters of the Lake Titicaca to establish the capital of the Inca Empire in Cuzco. For this reason, the lake is a sacred cultural symbol: the place where the first Incas were born.

But at the Iconoclasta Fashion Show, Mama Ocllo and Manco Kapac were replaced by human divinities. Stylists and makeup artists ensured that the models looked impeccable, their physical perfection making them Titicaca’s newest goddesses and gods. As people applauded each design, I imagined a new legend  being created in the collective consciousness of the audience that day: ‘One day, beautiful young boys and girls arrived in Copacabana wearing pieces of art, and they dressed Titicaca like a fashion model . . .’

The spectacle of the event reached its apex when the setting sun painted the water with deep hues of orange, red, and purple. The fusion of creativity and elegance, set against the natural beauty of the lake with traditional totora boats floating in the distance, created a perfect aesthetic experience. On this special stage, both locals and visitors admired an extraordinary fashion show and experienced Copacabana and Lake Titicaca as home to one of the most important runways in Bolivia.

It is interesting to imagine that, while everybody gathered to see the designs, models, and designers on the shores of the lake, the Indigenous Virgin and the children of the Sun God were relaxing and enjoying their day off, as beauty worship supplanted the worship of centuries-old gods. Iconoclasta was a territorial revolution, in which fashion took the role of the tool used to break traditional images and give a new meaning to Lake Titicaca, if only for the weekend. Fashion lovers left Copacabana, models and designers did the same, Iconoclastic finished, and everything returned back to its religious condition in Copacabana.