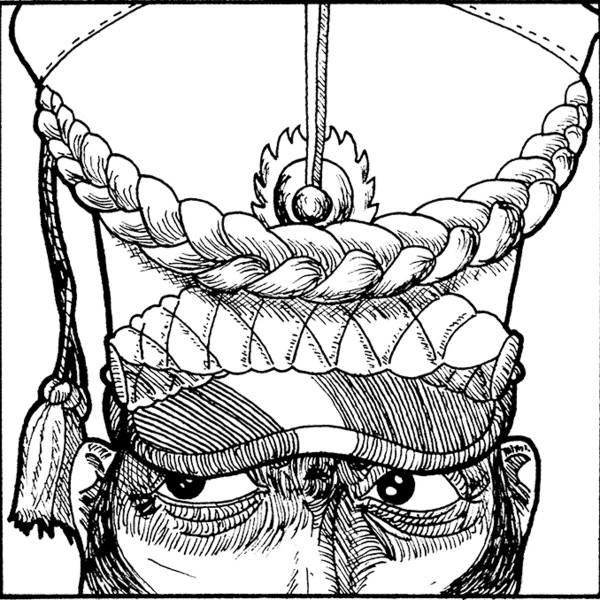 History can be told in many ways: through stories, photos, and even hats. A hat can speak fathoms about the head it covered and the world-changing events that it witnessed.

After a series of independence wars across South America, the revolutionary army of Gran Colombia, under the command of Antonio José de Sucre, defeated the last royalist forces in Upper Peru - modern day Bolivia. The independence of Bolivia marked the end of Spanish rule in South America.

Shako of Gran Colombian Infantry soldiers, who served under Sucre during the war for Upper Peru.

The War of the Pacific

Disputes over territorial claims and mining rights in the Atacama desert provoked a four-year war between a Bolivian-Peruvian alliance and Chile. The war concluded in Bolivia losing the department of Litoral and access to the sea. Bitterness over this loss of land still informs relations between Chile and Bolivia today.

Kepi of Bolivia’s Colorado Battalion, involved in many of the greatest battles of the war.

The iconic sun hat of Pablo Zárate Wilka, which he wore during the insurrection.

The conflict for control of the Chaco Boreal territory, fought between Bolivia and Paraguay, was the bloodiest South American war of the twentieth century. Bolivia suspected the region was oil-rich and invaded the land, which was claimed by both nations, with the financial backing of Standard Oil and European commanders. Despite having a fighting force superior in numbers and technology, the guerilla strategy of the Paraguayans and the low morale of Bolivia's indigenous conscripts saw the latter’s defeat and loss of territory in 1935.

After the Nationalist Revolutionary Movement (MNR) came to power, it moved against former conservative policies and practises of previous autocratic regimes. MNR established universal suffrage, which increased the number of eligible voters from 200,000 to nearly one million, including indigenous populations. The movement implemented agricultural reforms and nationalised the tin mines, putting them into the hands of the Bolivian state.

Helmet of the tin miners, a powerful symbol of The National Revolution.

The Rise of the Indigenous Profile

Since the Marcha por el Territorio y la Dignidad in 1990, there have been many marches demanding respect for indigenous land, identity, culture and the indigenous nation in Bolivia.  These movements demand recognition for the people who lived in Bolivia before the land was ever known as Bolivia - before it was even Upper Peru. This process has continued with the election of the first indigenous president, Evo Morales, in 2006, and the constitutional change from a Republic to a Plurinational State in 2009. Whilst true equality between the 36 recognised Bolivian nationalities is yet to be realised, the process has been ongoing throughout Bolivia's history and has at last come to the forefront of the national consciousness.

The bowler hat of the Aymaran woman has become a fashion statement for indigenous people of the Bolivian Altiplano, whereas it was previously a cause for discrimination.