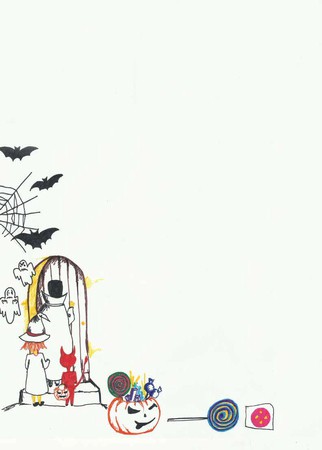 In the residential Zona Sur district, children go from door to door demanding sweets in exchange for a laugh or a fright. Elsewhere, children from the countryside approach mourners in the cemetery and offer prayers in exchange for bread and fruit to take back to their communities. Is it possible that these traditions have a common origin, or more so, become combined?

Origins
There is something very special, yet intense about Halloween. In the United States, children leave their homes, their safe havens, wandering around in masks and makeup, surrounding themselves with complete strangers. Despite this, it is one of the most enjoyable holidays of the year because of the dressing up, visiting houses of horror, and best of all—trick-or-treating. But when did thousands of people begin to disguise themselves and knock on the doors of their neighbors in hope of receiving some delicious treats?

Hallowmas is the term in which the three days spent honoring saints and recently departed souls can be collectively referred to. These three days include Halloween or All Hallows' Eve, All Saints' Day, and to keep it fair, All Souls' Day. Some believed that All Hallows' Eve was the last chance the dead had to gain vengeance before they moved forward to the next world the next day—All Saints' Day. The living would disguise themselves with makeup, masks, and costumes to avoid being avenged by the dead. But the living couldn't bear sitting at home all night, so 'Souling' was introduced. Beginning in the 15th century the custom of baking and sharing soul cakes grew immensely. Back in the day large groups of people, mostly poor, instead of trick-or-treating for candy, exchanged their prayers for souls in purgatory for soul cakes. The families of those who passed away believed that for every cake eaten, a soul was relinquished from the horrifying grip of purgatory. This custom has floated around various countries, over an extensive period of time, and has developed into what most people now refer to as trick-or-treating on Halloween. The tradition of Souling has instead moved to All Souls' Day, the day that has become most widely known as the day of departure of the souls of the dead. Instead of going from house to house in search of bread, many go from grave to grave in the local cemetery to pray for the dead in exchange for 'treats'. Have you noticed any similarities yet?

Halloween is celebrated in the most common way here in Bolivia. I took to Zona Sur to find out exactly how children and adults celebrate this holiday and was pleasantly surprised. Toddlers, children, teens, and adults were dressed up, holding goodie bags, walking around the entire neighborhood looking for doors to knock on in hopes to top off their bags and sugar levels. It was a day of pure enjoyment. All of the kids I ran into had nothing but smiles on their faces, and their parents were more than happy to speak to me and have their children and their costumes photographed.

Over time people began to associate negative things, mainly satanic ideas and rituals, with Halloween, which led many to stop celebrating it. Despite this many people still take part in the day for the candy and tradition, like one of the various families that I encountered. Even though their children attend a Catholic school, and they do not believe in Halloween, they still go out, enjoying the parties and the tricky search for treats. Despite the hundreds of families that flooded the streets of Zona Sur, there actually wasn't as much candy as I thought there would be.

This brings me to ask why teens celebrate Halloween. After meeting and talking to a couple of few, it became aware that they use Halloween as an excuse to go out. Instead of seeing it as a cultural activity, they view it as a social one. Because they do not associate the holiday with anything but friends and fun, they dress up to for enjoyment, to look cute, and to attract attention. Adults are really open to the holiday as well, even if they do not believe in it. Many were dressed up themselves, and mostly all were more than happy to debut the costumes of their children and their own for the camera. Altogether, the 31st of October was filled with scary monsters, lovely princesses, famous movie characters, scares, and laughs.

Two days later and All Souls' Day has arrived. This memorable day is spent in the local cemetery, with family, to both remember and say goodbye to the dead. Although many families go to the cemetery to offer a final meal to their loved ones, a sort of trick or treating does occur here too.

Like with the custom of Souling, reciris come down from the countryside to exchange their prayers for food, most commonly bread. So as I took a walk around the cemetery, I observed adults mourn for their loved ones, families put together buffets for their lost ones, children retrieving clean water for decorative flowers, and many other little details.

Not only do families 'hire' children to share their prayers, but they also hire musicians to play songs for the dead. This day is not about the entertainment, but rather the bonds that the living share with the dead. It is a day for remembering, thanking, and paying one’s respects. The children that come down from the countryside spend the day, in a sense, working. So this holiday shares something with Halloween, and what the children do can be seen as a form of trick-or-treating. Despite the differences, children on Halloween and children on All Saints' Day are essentially leaving their homes and making an effort to retrieve non-monetary treats.

Throughout the years these two holidays have been modified, but have for the most part stayed relatively the same. Trick-or-treating was a rather large part of Hallowmas in the 15th century and still is today. Despite the negative ideas that have been associated with Halloween, many people still enjoy the holiday, even in Bolivia. One question that has arisen is how can a Bolivians continue to hold onto their main tradition, All Souls' Day, without closing themselves off to these tempting foreign influences. Some people have made it their top priorities to do just that—bring these two holidays together and celebrate them as one. At several haunted houses across La Paz this year, organisers have emphasised their intention of drawing from local horror stories and legends to combine them with the more cosmopolitan and hip Halloween. Rather than copying customs from the US, many have stated that they have taken their own myths and legends from parts like El Alto and La Paz and have turned them into something new and terrifying. Although these two holidays seem vastly different, maybe even contradictory, they do share some of the same characteristics: family, friends, enjoyment, future memories, and the good ol' trick-or-treating. Don't be surprised if next year, 2014, cholita zombies, kari karis, and famous local ghosts take to roaming the streets of La Paz on the 31st of October. 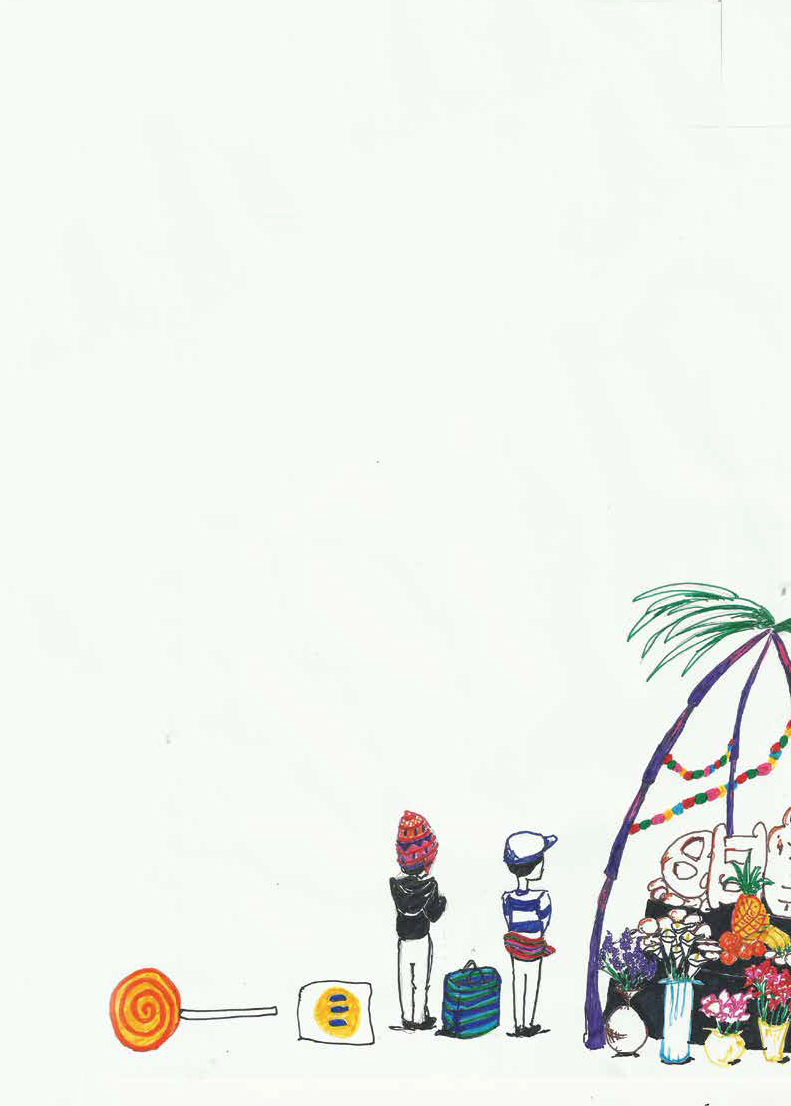