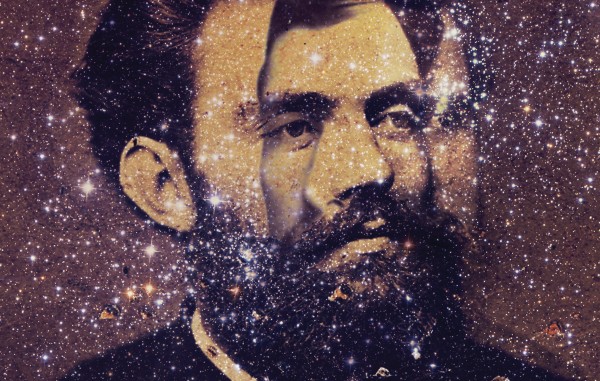 You walk into a room and see a group of people in a circle watching a young lady in the middle moving her right foot back and forth, crying desperately. Next to her is an elderly woman dancing with a big smile, surrounding the lady with wide open arms. Also in the circle is a young man trying to reach the crying woman, but he seems invisible to her. She is too consumed by her tears and begins to shout that she cannot stop dancing ballet as yet another woman tries to comfort her without success.

What would you make of this scene? The common assumption may be that you are watching a cast of actors rehearsing a play. For some conservative observers, however, it would be easy to believe that an evil force has somehow possessed these individuals. The truth is that this is a session of an unorthodox therapy called, Family Constellations.

Bert Hellinger is the founder of this therapy, which is heavily influenced by systemic psychotherapy, psycho-genealogy, and transgenerational psychotherapy. Usually the practice takes place in a room with a large group of people who are standing in a circle. The subject selects individuals from the group to represent members of his or her family system.

In what follows, the spontaneous actions of those selected reveal the inner conflicts that the subject of the therapy is attempting to solve. As the session advances, these actions change and evolve, shedding light on a way to resolve the inner conflicts at hand. Organically, a natural order is eventually reestablished in the family portrayed at the heart of the circle.

“There is a force that overtakes me and does all the work through me. That’s why a phrase or a movement comes to me,” says Rosa Scardino, a Family Constellations therapist currently working in La Paz. This force, which is known as the collective consciousness, is what prompts the actions and behaviour of the people participating in the therapy.

English biologist Ruper Sheldrake has developed a similar idea in his morphic fields theory. According to Sheldrake, there is a collective memory that resonates in all kind of things, from crystals and animals to human beings.

I’ve witnessed shocking scenes during these sessions, in which people characterize someone else’s life, including my own. My family, my feelings, my pain, my emotions, my present and my past. It is unexplainable but amazingly true how these people can embody, if for a moment, your whole life as it is.

The growing popularity of Family Constellations is explained by the fact that one session can sometimes be enough to heal deep and unconscious issues that might take a year or more to resolve in traditional therapies. Furthermore, when one person ‘constellates,’ or is the subject of the therapy, it helps to heal his or her family members as well, bringing order to the larger family system across generations.

As Scardino explains, the sessions reveal what can at times be an invisible reality. It brings conflicts that are in the unconscious, to the conscious level, so that the subject can see them, understand them, and solve them.

I feel fortunate to have found this therapy for myself. I am grateful for having been at rock-bottom, where you lose your defense mechanisms and start looking for help. I share these words so that they may reach someone who needs the therapy, but I am aware of the limits of written language. To fully grasp the value of this practice, one has to partake in a constellation.

Healing is our duty in this lifetime. This is a great way to begin.