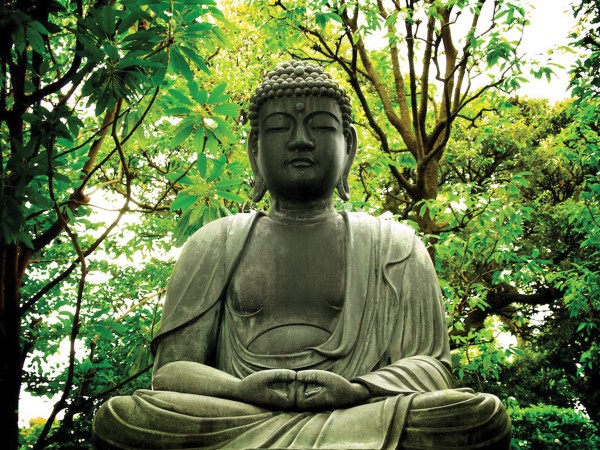 “Anger is anger. When one becomes agitated as a result of this anger, this agitation is not Christian, or Jewish, or Muslim.” S.N. Goenka

The first time I heard about Vipassana I was passing the night in the emergency waiting room of a hospital in Chile, with a Californian, a Venezuelan, and a French guy. The bus terminal was closed. We were cold, broke, and our only option was to seek refuge alongside the drunks, the crazies, and the homeless of the dusty desert town of Calama.

As we awaited our 6:00 am bus to Bolivia, we discussed travel plans. My Venezuelan amigo told me he was heading to Cochabamba to volunteer in a 'life-changing' meditation retreat. The course, he assured me, would be no walk in the park. “There are rules,” he explained, “You have to abide by five precepts: No killing, no stealing, no sex, no intoxicants, and no lies. This last rule is the hardest, which is why you're not allowed to speak for ten whole days.”

Admittedly, I had spent the previous month in a rather debaucherous share-house-turned-drug-den somewhere in San Pedro de Atacama. Rather, the month had mysteriously passed me by in a haze of hedonistic housemates and hangovers, and a lengthy spiritual retreat seemed like the perfect balm to soothe my weary body, my weary mind, and my weary soul.

For many, Vipassana retreats appear to be some kind of bizarre concentration camp, but I actually welcomed the idea of spending ten days of peace and quiet amidst the mountains of Cochabamba. The courses come with ten days of complimentary accommodation, delicious vegetarian food, and, not to mention, HOT showers. Compared with a night in an emergency room-cum-homeless shelter in one of the dodgiest pueblos in Chile, it seemed like a paradise. Oh yeah, and surely a bit of introspection couldn't do any harm.

That was almost two years ago. I've since participated in five courses, in three different countries, and to say that Vipassana has completely transformed my life for the better, would be an understatement.

Vipassana is one of India's most ancient techniques of meditation, rediscovered by Gotama Buddha more than 2500 years ago and passed down ever since as way to cultivate a harmonious mind and to lead a peaceful, happy life. The technique, however, is completely non-sectarian and encourages self-transformation through self-observation.

The official Vipassana website describes the practice as 'mental training'. “Just as we use physical exercises to improve our bodily health,” it says, “Vipassana can be used to develop a healthy mind.”

Although the technique is thousands of years old, it wasn't until the 1970s that the ten-day course gained worldwide popularity, under the direction of Vipassana teacher S.N. Goenka. Goenka began offering courses in India in 1969, and has since taught tens of thousands of people in many parts of the world. In 1982, he began to appoint assistant teachers to help him meet the growing demand for the courses. The instructions in every course remain exactly the same throughout the world, as Goenka's voice is played via audio recording, followed by a translation in the local language.

In a talk given by Goenka in Berne, Switzerland, he said, “[Vipassana] can be practiced by one and all. Everyone faces the problem of suffering. It is a universal malady which requires a universal remedy, not a sectarian one. When one suffers from anger, it's not Buddhist anger, Hindu anger, or Christian anger. Anger is anger. When one becomes agitated as a result of this anger, this agitation is not Christian, or Jewish, or Muslim. The malady is universal. The remedy must also be universal.”

Unlike many other meditation techniques, Vipassana is not taught commercially, but is instead offered free of charge. This is essential to maintaining the practice in its original, authentic form. This universal remedy is for everyone, not just for those can pay. No one involved with the organisation of the course receives material remuneration of any kind, not even to cover the cost of food and accommodation. All expenses are met by donations from students who, having completed a course and experienced its benefits, wish to give others the same opportunity.

Vipassana courses have been offered in Bolivia for more than twenty years. Roger Chavez is one of eight members on the Bolivian Vipassana committee and helps to organise the biannual ten-day courses along with other Vipassana initiatives, such as short courses for children and weekly group sittings for established meditators. He says that participation in courses has greatly increased here in Bolivia, particularly in the past three years.

“Generally the course fills up by 50% in the first week of inscriptions being open,” he says. “And we continue to see a lot more interest from foreigners, rather than nationals. In a typical course it is usually 50% foreigners and 50% Bolivians.”

Almost two years ago, I was a part of that 50% of foreigners. Perhaps like many others, I was just seeking a hot shower and a novel 'spiritual experience' to add to my list of travel tales. Instead, what I found was 4:00 am wake-up calls and ten hours of daily meditation; something profoundly confronting and, yes, I'm going to go there... Life-changing. Now I’m one of those spiritual weirdos who shares their stories about 'life-changing' mediation courses with anyone who’ll give them the time of day. And what can I say? I’ve never been happier.

For those who dare to learn this 'art of living', the next ten-day course will be held in Cochabamba from 9 - 20 September. Online inscriptions open June 13, via the official website www.dhamma.org.

Benefits of Manuka honey
23 Mar, 2020 | 03:11
Honey has been used to treat multiple conditions since ancient times.