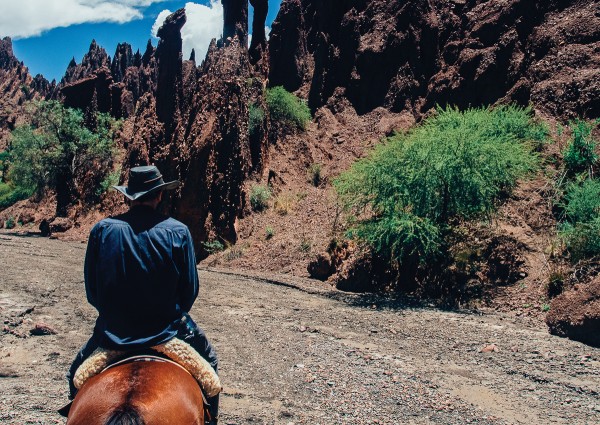 What really happened to Butch Cassidy and the Sundance Kid in the last moments of their lives?

One of the biggest movie hits in 1969 was Butch Cassidy and the Sundance Kid starring Paul Newman and Robert Redford. Based on real events, the film depicts the outlaws’ adventures in the North America with their gang, their flight to Bolivia and their last moments on the altiplano.

The film depicts their end in blockbuster fashion, with an epic shootout. But the last moments of Cassidy and the Kid are, for many, still a big mystery, with dozens of theories on how their lives ended. Did they die in the the village of San Vincente like the film suggests, or did they survive the famous shootout? Did Butch Cassidy really get plastic surgery in France and return to a normal life in Washington State? Did the pair escape to Russia and open a dry-cleaning business? Or were they dead even before they reached Bolivia?

LeRoy Parker, better known as Butch Cassidy, and Harry Longabough, the Sundance Kid, were famous bandidos yanquis in South America. They both belonged to the ‘Wild Bunch gang’ that robbed trains, banks and mine workers’ wages in North America in the late nineteenth century. However, after some disputes inside the gang, the duo went their own way. With the Pinkerton Detective Agency hot on their trail in the western United States, the banditos yanquis left for South America to escape the heat and to settle down. Yet their past caught up with them, and after a few years of non-criminal life, Pinkerton detectives found them in Argentina. To get away, Cassidy and the Kid went back to doing what they knew best.

They began robbing banks in Chile and Argentina, and in 1906 found themselves in Bolivia. Here they again tried to live normal lives, this time guarding, ironically, the payrolls of miners. According to letters he sent to friends, Cassidy was tired of his criminal lifestyle and constantly running away. He wanted to settle down for good, even choosing Santa Cruz as ‘a place he sought for 20 years’.

Possibly to create a cushion for retirement, the pair decided to go back to robbery. They headed to the south of Bolivia where there were many wealthy mining companies. On November 4, 1908, they robbed a convoy in Huaca Huañusca, on the altiplano of Potosí department. Two days later, in nearby San Vicente, a four-man military patrol discovered them and shot up the room where they were staying. In the morning, the bodies of two North Americans were found. Rumor says that Cassidy shot his wounded partner, then turned his gun on himself.

It’s said that their bodies were buried in the San Vicente cemetery, in an unmarked grave, but many people believe otherwise.

Even before Cassidy and the Kid fled North America, various sources reported that Cassidy had died in Utah at age 32. Newspapers reported that ‘he certainly must have more lives than a whole family of cats’, and that ‘several of him have been killed but he still flourishes’.

Some members of the Kid’s family believed that he did die in San Vicente because they stopped receiving letters from him after the alleged shootout. Yet someone in Idaho claimed that his neighbour was the Kid’s son, and that the Kid died many years later after the shootout in Washington State.

Cassidy’s sister claimed that he died of pneumonia in Washington State in 1937. There’s also the story of machine shop owner William T. Phillips, who claimed to be Butch Cassidy himself. In this story, Cassidy escaped the San Vicente shootout, leaving the Sundance Kid behind and travelling to Paris for plastic surgery; he then returned to Washington to marry his wife in 1908 (nevermind that that’s the year of the shootout, a troubling inconsistency for this particular version of events). Phillips did have extensive knowledge of Cassidy’s childhood and youth, and he even looked a bit like the famous outlaw. But Cassidy’s sister said Phillips was an imposter, even though her brother occasionally used the name Phillips as an alias. After other Cassidy family members cast doubt on Phillips’s claim, some journalists investigated and proved that Phillips and Cassidy were not the same person and that they had met in prison in Wyoming (before Cassidy even joined the Wild Bunch gang), keeping in touch after their release.

There are also claims from Butch’s ‘children’. Bill Cassidy, who said he was the outlaw’s son, claimed that his dad died when he was run over by a limousine after spending a few years in relative seclusion in Richfield, Wisconsin.

And in 1991, the North American television show Unsolved Mysteries got a call from a man claiming to be Cassidy’s son, who reported that his dad passed away in 1978 (which would make him 112 years old). And a man claiming to be Butch’s great-great-nephew said that there is only one story circulating in his family: Cassidy lived in California until his death in the 1930s.

Other rumours abound: Cassidy died under a fake name, crushed in a mining accident in Nevada sometime around 1944; the Kid escaped Bolivia while operating a Wild West show in the Andes starring Will Rogers and Billy the Kid, and he died in Montana in 1967.

Butch and the Kid died many times in Latin America too: in Honduras, Mexico, Chile and Argentina, shot dead or having committed suicide.

Meanwhile, Pinkerton Agency files either initiated or just added to the theories. After the San Vicente shootout, the agency listed them as ‘dead, but unaccounted for’. In a letter sent to United States about the death of the bandits, the Pinkerton general manager stated, ‘Parker was dead and deader than hell. I am inclined to believe that the information given by the informant about Parker being dead is true but of course I cannot prove it.’

And scenarios kept coming in: Cassidy was shot by the police somewhere in New Mexico. The Kid was last seen in Venezuela in 1900. They were both shot dead in Uruguay in 1911. Moreover, it took three years for the Bolivian government to send an official report to the US government, stating the death of two unknown Americans.

In 1991, a team of anthropologists went to investigate the outlaws’ DNA, to be uncovered from their graves. They had difficulties finding the graves and identifying the bodies of the actual bandits, and in the end the extracted DNA did not match the DNA of Cassidy’s and the Kid’s relatives.

To try and uncover the truth, I went to Tupiza to follow the bandits’ last moments. The dry altiplano made me think I went back in time: horses are still a mode of transport, with their riders wearing cowboy hats. I talked to ranchers, and I was lucky enough to meet some people from San Vicente. Everyone knew who Butch Cassidy and the Sundance Kid were. When asked what happened’, they only ever gave one answer: they were shot dead in San Vicente.

Even today, the true reason for and place of their deaths is unknown. Butch Cassidy and the Sundance Kid certainly did have more lives than a whole family of cats. As for us, we have plenty of theories to choose from. One thing is known for sure, the bandidos yanquis left behind a true legacy of mystery, a mystery tied tight to Bolivia. Regardless of all the theories, it is in Bolivia that the final days of Butch Cassidy and the Sundance Kid belong.