A New Era for the Afro-Bolivian? 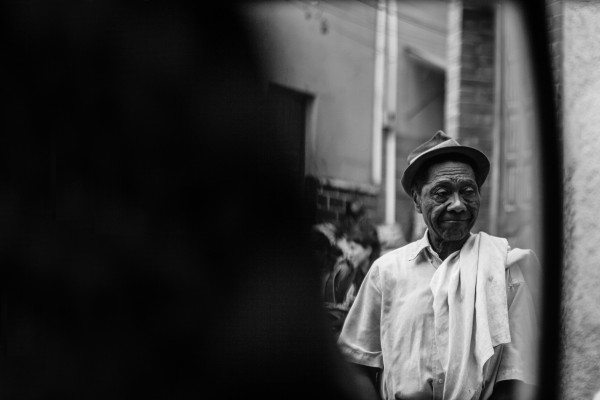 For centuries, the presence of black people in Bolivia went unnoticed and unappreciated. Now they are making their voices heard, but will anything ever change?

I arrive at Malegria, a club in La Paz’s happening Sopocachi neighbourhood, in the early hours one Friday morning and it is buzzing. Music pumps from all corners and hundreds of people are packed in tightly like sardines. They are all here to see Saya – an Afro-Bolivian artistic expression of song and dance originating in Bolivia’s Yungas region. For the past 10 years, an Afro-Bolivian troupe has had an agreement with Malegria that sees them playing Saya to the crowds on a weekly basis. It has proved a huge hit, with tourists and locals alike flocking to see them in action.

The pop music fades and performers begin to appear on top of the bar in cream outfits with trimmings akin to colours related to the Rastafari movement (red, green and gold). Drums, güiros and maracas are just some of the instruments that are used during Saya performances, and, like fans at a concert, the audience sings along to their favourite songs.

Amid the excitement, I get chatting to an expat. Originally from America, she is working in La Paz as a social communicator and by her own admission is a ‘nigger-lover’. The expression shocks me, as the n-word is a huge taboo, having originated as an ethnic slur to refer to black people during slavery. To this day it is still sometimes used in a pejorative way. As a black person, it disgusts me that Afro-Bolivian men (and women) are still fetishised by those from other races. Although Bolivia has made great strides to recognise Afro-Bolivians as people, it seems that these efforts may have been in vain.

Over the past 30 years, there has been an emergence of leaders in the Afro-Bolivian community such as Jorge Medina, Marfa Inofuentes and Monica Rey, and grassroots organisations such as MOCUSABOL (the Saya Afro-Bolivian cultural movement) and CADIC (the Afro-Bolivian Centre for Integral and Community Development), all fighting for the right for Afro-Bolivians to be treated equally to other Bolivians.

I meet Jorge Medina at the offices of CADIC – which he founded in 2006 and is currently director of. Medina greets me with a huge smile, dressed in a bright green tracksuit. His office walls are plastered with numerous accolades and posters of iconic black figures including Malcolm X, Nelson Mandela and Bob Marley.

Born in Coroico, in the Yungas region, it wasn't until Medina came to La Paz that his passion for working towards the recognition and respect of Afro-Bolivians was ignited. He tells me that when he arrived in the city, it was devoid of Afro-Bolivians. Back then, it was not uncommon for other Bolivians to be oblivious to the existence of black people living in Bolivia, as there are were and are still no predominantly black neighbourhoods and blacks were not included in Bolivian history books, nor were they counted in the official census.

A portrait of Pedro Andverez Peralta, an Afro-Bolivian soldier in the early-20th-century Chaco War, holds a particular place of pride in the CADIC offices. For his service to Bolivia, Andverez Peralta was awarded several medals of honor but received no further recognition from the government, and is only included in books written by Western scholars interested in the African diaspora.

Black people have lived in Bolivia for over 500 years, the vast majority being descendants of slaves brought to the country in the mid-16th century. Thirty thousand African slaves were taken to Potosí, Bolivia's mining city, to work as human mules in the royal mint. As most slaves were unable to adapt to the cold weather in Potosí, a number were forced to work under new ownership in the warmer Yungas region, where most of their descendants live today.

After slavery was abolished in 1851, exploitation of Afro-Bolivians by hacienda owners in the Yungas region continued until the agrarian reform of 1953. The reform allowed Afro-Bolivian communities to become owners of the land that they and their forefathers had tended to for generations. In spite of freedom from slavery and ownership of land in the Yungas, for decades Afro-Bolivians were discriminated against by fellow Bolivians and ignored by the Bolivian government. Where acknowledged, they were treated as objects of superstitious desire, with the widely held belief that pinching a black person would bring about buena suerte.

In 2009, Medina said, 'Barack Obama is president of the United States; why should an Afro not be able to be in Parliament here in Bolivia?', and in 2010 he was the first ever Afro-Bolivian deputy to be voted into the Bolivian parliament, winning the election in La Paz with 92.83 percent of the overall vote. For five years, he served as a deputy, working tirelessly for the rights of Afro-Bolivians and helped to introduce three laws specifically supporting the cause.

With the introduction of Law 200 came the requisite that Bolivia had to recognise Afro-Bolivians on future censuses, an action that had been omitted for over 100 years. As a result of this, the Bolivian census of 2012 reported that there were over 23,330 Afro-Bolivians living in Bolivia, the vast majority inhabiting the Yungas region, particularly in the towns of Chicaloma, Chulumani, Muranta and Tocaña. In addition to newly created laws, Afro-Bolivians also feature in Article 32 of the Bolivian Constitution of 2009 that states: ‘The Afro-Bolivian people enjoy, in everything corresponding, the economic, social, political and cultural rights that are recognized in the Constitution for the nations and the rural native indigenous peoples.’

Since 2011, September has been dubbed ‘Afro-Bolivian Month’ and is host to a range of activities including sporting and cultural events. The pinnacle of Afro-Bolivian month is ‘Festival de Saya Afrobolivian’, which until 2011 was held in Coroico but now takes place in La Paz.

Life for Afro-Bolivians has changed considerably over the past 15 years with racism and discrimination far less noticeable than before. More Afro-Bolivians are in higher education and working in professional jobs, and rather than being referred to as ‘negros’, more and more people are acknowledging them for what they are: Afro-Bolivians – Bolivians of African descent.

I ask Medina what is next for Afro-Bolivians, and he says that they need to keep working hard for access to positions of power in the public sphere. Since Medina, there have been no other Afro-Bolivian deputies. While Bolivia has come a long way to integrate its Afro-Bolivian citizens into society, there is still a lot of work to be done.

As well as being the first Afro-Bolivian deputy in Parliament, Medina is the host of African Roots, the first radio show solely about Afro-Bolivians. He can be heard on 98.5FM or qhana.org.bo on Friday evenings from 7 pm to 10 pm.

Thanks to Paola Inofuentes, Richard Contreras Peralta and Jorge Medina for their help with this article.

Law 045 – Introduced October 8, 2010: Law against all forms of racism and discrimination in all areas of life, with the explicit mention of Afro-Bolivians as a group of people for whom the law should take into consideration.

Law 138 – Introduced June 14, 2011: Recognition of the artistic expression “Saya Afroboliviana” as belonging to Afro-Bolivian people and having originated from the Yungas region.

Law 200 – Introduced December 14, 2011: Declaration of September 23 as the 'National Day of the People and the Afroboliviana Culture', in order to reaffirm the identity and value the culture of those in Bolivia who are of African descent.