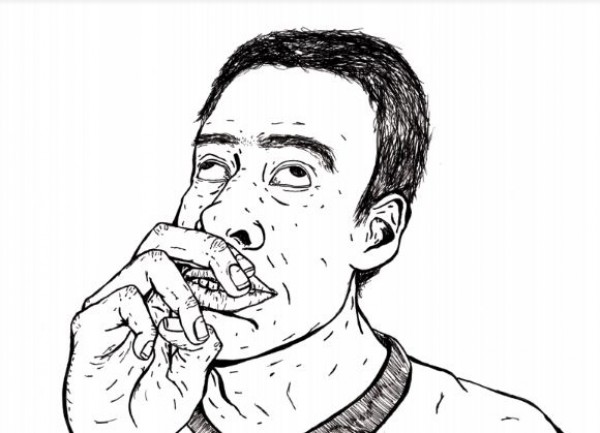 A review of a satirical take on suicide

Absurdist, perverse, comical, creative, insightful:  21 Maneras de no Suicidarse, or 21 Ways Not to Commit Suicide, is both an humorous and at times deftly perceptive exploration of suicide. Conceptualised by Nicolás Ewel and Pablo Quiroga, it features voluntary contributions of 21 artists from across Bolivia and beyond.

Unlike typical romantic portrayals of suicide in art, the success of this short book – eclectic as it is – lies in the comical absurdity of its ideas and the blunt surrealism of its images, with each artist presenting an unorthodox way not to commit suicide.

‘There is no purpose to the book,’ explains Quiroga. ‘I suppose it's kind of a satire of self-help books. Nobody asked you to be alive… Death, after all, is an inevitable end.’

It is within these nihilistic precincts that the surrealism of the work, so to speak, comes to life, creating an artistic rawness so outlandish and imaginative that when flicking through the book one is almost absorbed into the comical depictions of suicide – an intended consequence of the work. ‘We didn't want the pressure of having an objective,’ adds Quiroga, ‘but in some sense we wanted to challenge the taboo of suicide… It's black humour, I suppose.’

This implicit intention is reflected in the overall design of the book. Although the images are ordered one through twenty-one, the chronology is largely chaotic and disordered. The simplicity of the pallet, in which all but one of the 21 works are devoid of colour, serves to define and re-emphasise the zaniness of the black-on-white images. As one moves through the various unorthodox methods of suicide, from ‘Freir un Huevito’ (‘Frying an Egg’) by Mar&Ana, to ‘Masturbarse Efusivamente’ (‘Masturbate Effusively’) by Carmena Fonseca, initial bemusement quickly moulds into immersive comedy, such is the absurdity and innovation of the body of work.

The 11th image, ‘Ver El Atardecer’ (‘Watching the Sunset’) by Perro Florindo, provides the reader with a brief recluse from the black and white surreality of the other works. Mercurial shades of blue sink into one another as the golden sunset seeps from the clouds across the two-page night sky. When asked why there was this anomalous splash of colour in the middle of the book, Quiroga explains, ‘It's kind of like an interval between the blackness.’ It is a moment of relief and reflection before one is quickly absorbed back into the absurd and twisted imaginations that colour the remainder of the book.

Although there have been a few criticisms of insensitivity, particularly regarding the works captioned ‘Patear un Niño’ (‘Kicking a Child’) by Smoober and ‘Iniciar una Familia’ (‘Starting a Family’) by Ciello Belo, such criticisms appear to misunderstand the body of work. As Quiroga clarifies, ‘The book does not give reasons to commit suicide’; it does not condone, nor condemn. It merely attempts – and often succeeds – to comically portray the futility of existence and the forever blurred, purposeless analogue between life and death.

‘Death accompanies life and is a constant in living.’ Nicolás Ewel.

For sale at: Cafe Typica, Calacoto and Sopocachi.